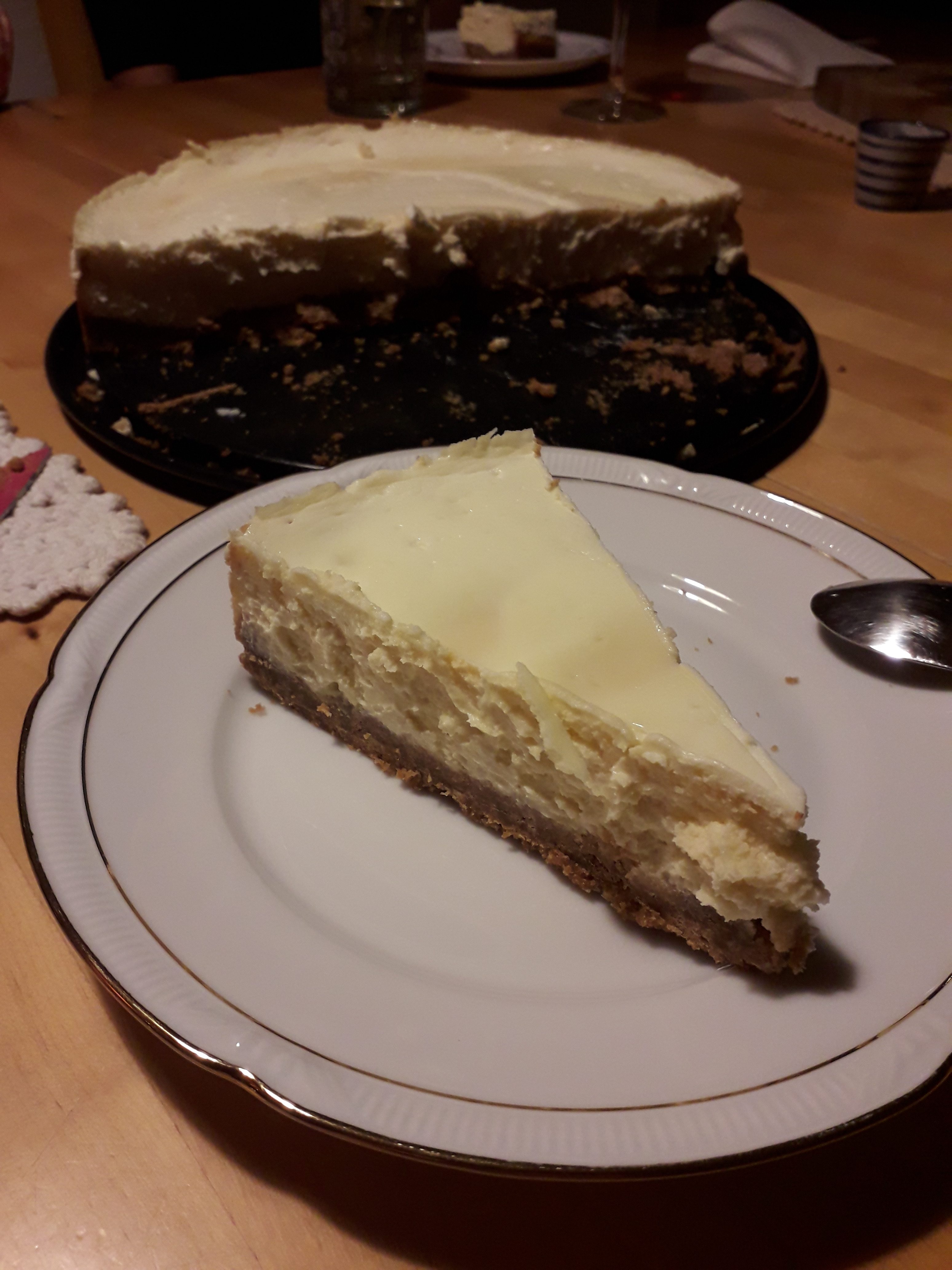 I’m a freestyle chef. The kitchen is my open stage, and my recipes are nothing but a basis for culinary jazz impro. So far, that never turned out bad. There are people – and maybe I read or heard that somewhere, maybe it was a meme or some actual person told me – who say that baking, in comparison to cooking, is much more strict and can be compared to potion lessons in Harry Potter. Well then, call me the Halfblood Prince because guess what? I don’t give a damn here either. Since lately, I didn’t even own kitchen scales. So overrated. The ratio is what it’s all about. And most cakes need a bit of adjustment , you know, for that extra extra hint of flavour. Cheesecake recipe? Add a bit of rum or advocaat. Just as an example.

However, for the New York Philadelphia Cheesecake I followed (almost) strictly the Original Philadelphia homepage orders. Why? It was a friend’s birthday, and since he’s not only from the States but more precisely from Philadelphia, it was the most obvious dish to go for (let’s just ignore the NEW YORK part in the title, alright? I used original Philadelphia to make up for that). Here we go!

Pre-crumble the biscuits into a freezer bag, zip it up and roll over it with a rolling pin until they are super crumbly. Melt the butter and mix it with the crumbles. Take a round greased baking tin and pour the crumbly mixture on it, slightly pressing and kneading it till you have a sort of firm bottom. Cool it down in the fridge till later. 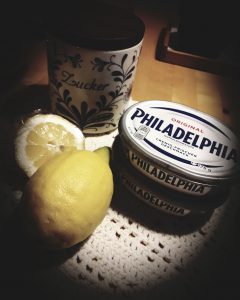 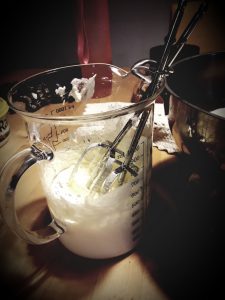 Whip the hell out of the cream and the custard powder and carefully fold it into the Philadelphia cream. Pour over the crumble bottom and smooth it out nice and neat. Bake in the lower part of the oven for 45min, then take it out and let it cool down for 10min. Leave the oven on, though!

Mix sour cream and icing sugar and spread it on the cake. Bake for another 10min. Switch off the oven but let the cake in there for another 1h.

Afterwards, let it chill in the fridge for at least 4h.

So easy, I can’t believe I never tried that before.

Best compliment of the evening? When the two Americans told me not only does it look and smell like a New York Cheesecake should, it more importantly also tastes like it. Bless them!

So there you go – try it and enjoy a piece of the Big Apple wherever you are.