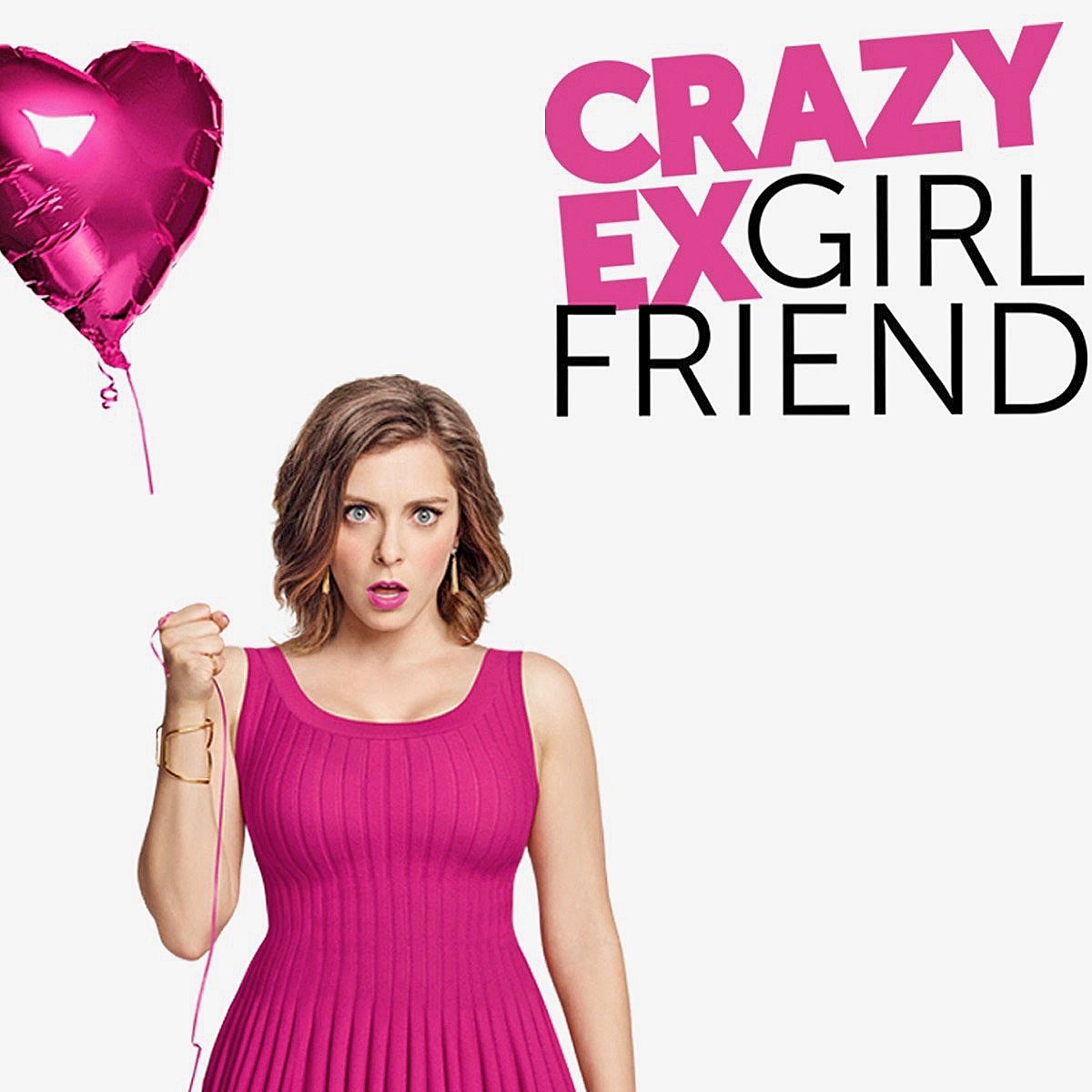 Ah, Netflix and me. What an intense relationship. Netflix, always checking up on me. “Are You Still Watching You?” when I binged the first season of You must have been the freakiest question I ever read on a screen and almost as meta as Black Mirror’s Bandersnatch episode. “Yes, Netflix, I do. I still watch out for myself, thank you very much.”

Anyway, if I started posting about ANY show I watch on Netflix, I wouldn’t have time to watch Netflix or do anything else. So TV shows will almost never come up here unless there’s something really interesting to say about them. Otherwise there might be quotes or little references or side note recommendations but an elaborated post like this one is a rare exception.

So, why Crazy Ex-Girlfriend, a title that suggest a clichéd Hollywood Romcom with really cheap jokes?

Well, because it is a CW TV show that is surprisingly smart, witty, intelligent and clever, at the same time funny, daring, dark and bold and yet it manages to address social stigmata and taboos; a refreshing show that keeps you entertained, on edge and is one of the best things TV (i.e. online streaming devices) has to offer these days. Plus, there’s tons of musical songs.

But let’s start from the beginning. Rebecca Bunch, played by the amazing Rachel Bloom, is working hard at a New York job, making dough and being offered a promotion yet she’s got the blues. A margerine ad asks her “When was the last time you were truly happy?” and while that question is rummaging through her mind, she runs into Josh Chan. Perfect Josh, her teenage summer camp crush/love. And suddenly, everything becomes clear. Rebecca decides to start anew and move to West Covina – which happens to be where Josh is but that’s not why she’s here. Well, at least that’s what she tells herself and others.

Rebecca meets new colleagues, some soon to become her friends (despite her explicitly displayed reluctance), meets Josh and – oh no! – Josh’s perfect girlfriend. The goal is clear: get rid of the latter, get Josh and be happy.

I have an I.Q. of 164. On the entire S.A.T., I got two questions wrong and in subsequent years those questions were strickened for being misleading. But I know nothing about life! Yeah, no. Truly, nothing! Like, I make awful decisions! Like really, you know, really, really awful decisions. [Rebecca about herself, S01, E05]

And believe me, she really does. And hilarity ensues. To see how Rebecca lies to everyone around her, especially herself, and how her fake reality puts her in the most embarassing (Stichwort Fremdschämen, as the Germans say) and impossible situations is hilarious entertainment. Yet it gives the audience the chance to reflect upon the strains of society and the struggle of those who don’t fit in 100%. Rebecca is straight-up adorable and you totally sympathise with her despite (or because of?) all her wrong-doing and self-delusioning. She’s quick-witted, overdramatic, strong but insecure and just so incredibly likeable. And so are the others. The show takes a good deal of time to make the people of West Covina less stereotypical and more characters of depth, but once Rebecca has settled in (or rather, once we’ve settled in with our protagonist), they do and we get a refreshingly colourful array of people.

The genre, I believe, is called Dramedy (although I totally dig Wikipedia’s classification as “Cringe Comedy”) mixed with musical elements, i.e. songs.

Speaking about the songs: they are dense and lavish and represent any style of music- Each episode has two to three songs neatly woven into its storyline and they either present a specific topic or display some character’s feelings in a more accessible way. Taboos don’t exist: Ass waxing, period sex, you name it – it’s all covered. Outstanding in one of the first episodes is definitely “The Sexy Getting Ready Song“, to name but one example of brilliant song writing. They are not only outstanding and brilliant by themselves, though, they also serve the show’s purpose and plot and may convey important messages.

What I love about this show is that it’s not afraid to point out inconvenient, unmentionable or intimate truths that are usually omitted. It dares to make mental illness one of it’s main topics. Anxiety and depression, insecurity and inadequacy, to name but a few, are recurring motives for character motivation and – despite the show’s seemingly overall comic tone – are treated with all due respect and earnestness. Feminism and a liberal sexuality and sexual orientation are just happening, with no need to punch it in our faces.

Creators Rachel Bloom and Aline Brosh McKenna did a hell of a job. Even the worse episodes are still pretty good. Crazy Ex-Girlfriend is a show full of diversity in topics and people, a compassionate take on mental illness, balancing between brilliance and banter. Cynical, serious, satirical, affecting and very entertaining. And has the biggest pretzels we’ve ever seen.