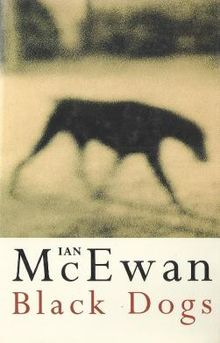 In 1946, a young couple sets off on their honeymoon. Fired by their ideals and passion for one another, they plan an idyllic holiday, only to encounter an experience of darkness so terrifiying, it alters their lives forever.

It’s my fourth Ian McEwan after Atonement, Solar and The Children Act. When I read Atonement, I wasn’t much into it and condemned it as kitsch (especially with the movie adaption in mind). Looking back, I was way too young to be ready for it and for McEwan’s overlaying topics and dense prose in general and therefore it’s overdue to be reread, now that I feel more mature as a reader, and do the novel justice. Solar, my second encounter with one of England’s leading novellists, came years later. I hated the protagonist. I loathed him. What a digusting, pig-like unsympathetic person, the kind you wish to spend as little time with as possible. And yet I wanted to continue reading even though it meant hanging out even more with Michael Beard. I suppose realizing that was the moment upon which I stopped reading, looked up, nodded approvingly and acknowledged Ian McEwan’s talent before I went back to reading. The Children Act, which I read on holiday just a couple of weeks ago, was a dense and tense novel I devoured within hours and I am very excited to see Emma Thompson and Stanley Tucci in the 2017 film adaption (because a) book and b) they are both fucking awesome)! So much to my short literary relationship with Ian. And now over to Black Dogs.

Black Dogs is one of McEwans earlier novels, first published in 1992. It is set in the aftermath of World War II and tells the story of June and Bernard. It’s written as a mock memoir written and conducted by their son-in-law Jeremy. It is a story of two very different people in love, not able to overcome neither their differences nor their feelings for each other, which means they are doomed to be apart yet never be truly separated from each other. And it is about the one event that would set their future paths and change everything.
“But the next day, and the day after, and on all the succeeding days, they never set foot in the metaphorical landscape of their future. The next day they turned back.”

On one side we have Bernard, communist, firmly settled in the rational world and defending his political believes no matter what: “He’s got facts and figures, he’s always rushing off to give a speech, be on a panel or whatever. But he never reflects. He’s never known a single moment’s awe for the beauty of creation. He hates silence, so he knows nothing.”June, on the contrary, starts off as a communist, too, but is far more attached to the spiritual world, to ideas of karma and whatnot: “She’s got her own ideas and they’re strong and strange. “

With these two characters, the novel explores various topics of opposing nature: religion versus politics, spiritual versus rational believes, fantasy versus reality. It’s never about which of those supersedes the other or has more right to be. It’s about contraries existing and the struggle of overcoming them and the devastating realization that there’s no guarantee we can. Both June and Bernard failed at some point and yet both were too hung up in their own end of the line that even their mutual affection couldn’t hold them together.

To lighten things up a little, Jeremy and Jenny seem to be the author’s assurance to the reader that there are relations that can work. They are a couple far from over-the-top romanticism and kitsch and on the contrary based on a very profound and solid trust in each other.

“We rolled into a sleepy embrace. Minor reunions like this are one of the more exquisite domestic pleasures. She felt both familiar and novel – how easily one gets used to sleeping alone. […] Her eyes were closed and she half-smiled as she fitted her cheek into the space below my collar bone that seemed to have formed itself over the years to her shape.”

So sweet, so simple and so very true.

The novel starts of with a fake preface written by the first-person narrator to account for his motivation of writing his step-mum’s memoirs in the first place. It seems oddly out of place since it’s been given way too much emphasis as it is never really resolved or elaborated extensively enough to justify its accentuation and prominent placement. Jeremy’s obsession with other people’s parents (resulting from losing his own parents back in his childhood) may be the reason within the fictional setting to tell June’s and Bernard’s story yet it seems somewhat too much and unrequired.

The first three quarters are basically a very long built-up to the scene we’ve been intrigued with from the very beginning: the encounter with the black dogs.

What a strong symbolism! The Black Dog, synonym of depression since Winston Churchill so famously named it and therefore associated with all the side effects depression takes form in. Choosing this as the eponymic antagonist sets a very distinctive and dark tone. Selected scenes at historically relevant locations add to this atmosphere of the decay of human morality and doom. “What possible good could come of a Europe covered in this dust, these spores, when forgetting would be inhuman and dangerous, and remembering a constant torture?”

Ian McEwan comments on different believes, he grabs the political moods that defined life in the decades after WW II and he intersperses major and minor wisdoms of humanity, love and life. This makes Black Dogs a dense, absorbing yet also very vexing novel since it leaves so many things unsaid and lets you hang in the open after it went long ways pretending to lead up to something. But if you accept it for what it is, Black Dogs will give you a lot to take in and to think about.