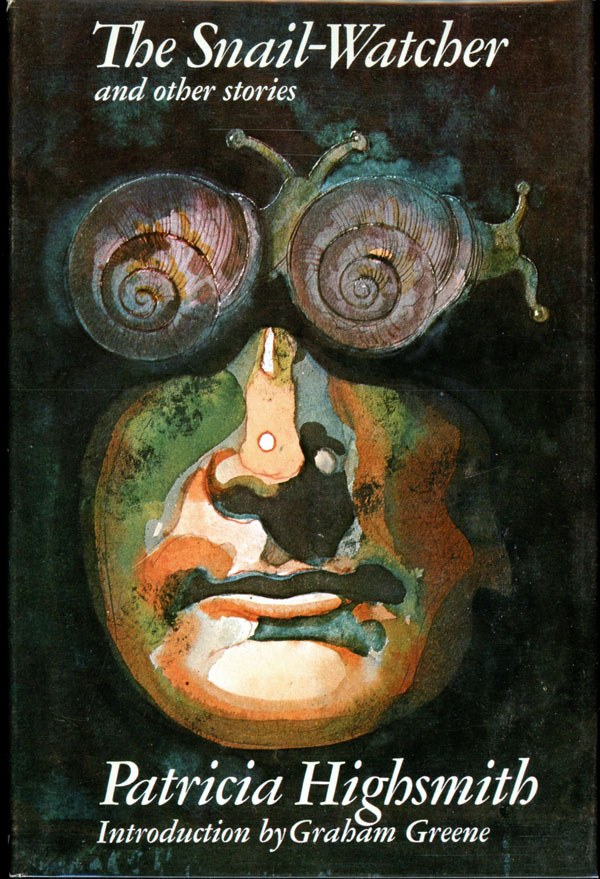 Confession: I suffer from slugophobia. Not sure that word exists (yet), but I use it anyway to describe my very unnatural abhorrence of those slimy little bastards. Shell or no shell, slug or snail – doesn’t matter. I see one, I freeze, I panic. Molluscophobia is the proper name for it. I was scared of them since I was a little kid. And I get mocked a lot: “But they are so slow!” Yes, they are, but they are also slimy, weird and just ew ew ew. I can’t even write about them without making a grimace of disgust. Ew.

One summer, I left my plants at my Mum’s place and she left them outside. When I came back from my holiday, I moved into a new apartment and one random ordinary evening decided to repot my plants. After two or three perfectly boring plants, the next one surprised me with a tiny little snail creeping out, unwillingly, like a whining schoolboy with his satchel and shining morning face [yay, Shakespeare reference] approximately the size of a beer cap. Tiny.

And what did I do?

[nerdy literary side note: did you notice how I asked an active question and answered it in a passive voice to underline my inability to properly function? I truly am a narratological genius] I sat down on a chair on the other end of the room and looked at a pile of soil spread on the floor and at one to other people insignificant yet for me terrifying little moving shell. For about half an hour I just sat there and cried and couldn’t move. Then I texted DJ, who was luckily still in the theatre and begged him to come by and help me out. He came, he laughed, he laughed some more, he basically never stopped laughing; yet I made him go through every single plant, pot and soil and check for further snails. “There aren’t any”, he said, still laughing. Turned out there were, because a couple of days later I found another one ON THE OUTSIDE OF MY BEDSIDE TABLE PLANT!!!! Ew. Massive Ew. And fuck you, DJ. That night, I changed the bedsheets and put all plants outside, despite the almost freezing temperatures. I was willing to kill off all my plants because there was a slight chance of snails living inside of them.

If I go camping, I a) have to sleep in the middle. Beware touching the walls of the tent where slugs crawl up on the outside and them and me basically touching, seperated merely by a thin layer of nylon or whatever they make those tents of. I b) need someone to get out first thing in the morning and pluck all slugs from the tent and then c) check my shoes to make sure, there’s no snail secretly hiding somewhere. As a kid, there once was one in my welly and I freaked out. I’d also walk over meadows in a stork-like manner, carefully scanning the ground for a slug-free spot to put my foot down.

Another time, I thought I’m gonna try and defeat the enemy. I was at an annual wine festival in Baden and they served a very traditional local dish: “Schnecken im Weißbrot”, i.e. escargots in garlic bread. I thought: “Well, if I eat those, I sure show that little bastards who’s the boss now.” Long story short: it was the most expensive garlic bread I ever had, and I couldn’t bring myself to eat those weirdly looking things in the middle.

Also, you know that pasta type Conchiglie? I had and still have troubles eating it, once it’s *sluuuurp* sucked to the plate by the sauce like a suction cup i.e. like a slug pressing itself firmly and slimey to the ground. Ew.

I am not sure why or when I developped this massive phobia. One incident in my early childhood, however, contributed very much to it. I must have been 6 or 7, when I read anything I could get my hands on (as if I ever stopped doing that, lol). Diogenes publishing company had these little pocket books, and since I was little and they were little, they looked so cute and compelling to be read. Note: just because a book is little, it is not necessarily aimed to the little ones. The short story that fell into my hands was by the mistress of psychological thrillers herself, Patricia Highsmith, and it was called “Der Schneckenforscher”, original title: “The Snail-Watcher”. It gave me the creeps. I had nightmares. And I still partly blame that book for my overreaction to slugs and snails.

Since I’m all about adulting now, I bravely decided to face my fears today. I googled it, I found it, and I read it (in English, this time). I actually read the book that traumatised me. Probably wouldn’t give me nightmares these days (I’ll let you know after tonight, haha) but it is still very disturbing. Like definitely very ew. You can easily find it online. I’m really insecure about all those copyright laws so I’m not gonna copy and paste the whole text, since I’m not sure it’s legal or not. But here or here, you can find it and [disclaimer coming up] I’m not responsible for the contents bla bla bla. Okay, click on either of these and read. And then come back.

It’s both horrifying and fascinating and disgusting (and yes, I’m aware that’s three adjectives so ‘both’ doesn’t comply anymore but I’m foreign so I get to make mistakes, even on purpose). It’s so vivid, too. Patricia Highsmith has a talent of narrating whatever in a way, you can’t but picture it perfectly no matter how much you’re trying not to. Kopfkino, as we Germans say.

The worst is to know that an author I love loved snails. She was obsessed with them, even had some herself. Again, and I’m aware I repeat myself: Ew. There’s a rumour that she used to bring them along to dinner parties, hiding them under her boobs (super ew!) and even the possibility someone would do that is so cringeworthy, I indeed find myself cringing this exact moment.

So yeah, that’s that. Did rereading my childhood trauma tale help my slugophobia (#stillabetternamethanmolluscophobia)? Not really. But I dreaded to dive into it again and yet I did. I dared to face my fear. It still sends shivers down my spine, and not the good ones, but I did it. I actually read through the whole thing again despite feeling more and more disgusted with every line I went further down the snail shell.

To make a long story short: I (s)nailed it.