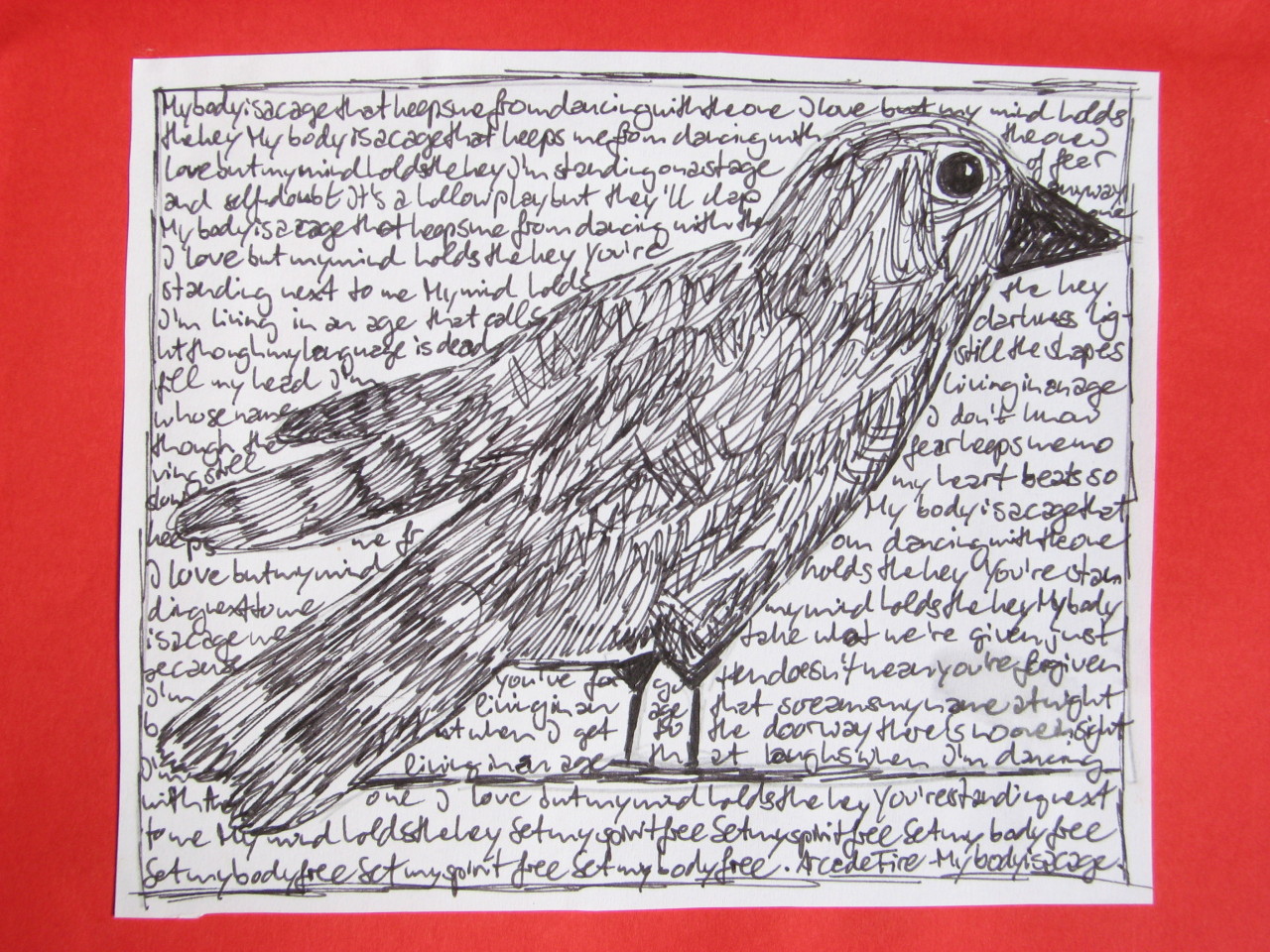 I’ve scribbled and drawn this during a time I felt really bad. The Jüngling had just dumped me (via text message while he was on a student’s party less than a kilometre away from me. Wanker.), I was heartbroken, I lived on dark chocolate (Schwarze Herrenschokolade) and red wine, cycled myself to death (>5 hours per day), cried myself to sleep every night, slept maybe 3-4 hours per night, listened to nothing but Mahler and Arcade Fire, and read nothing but destructive literature. Full-on Werther-style (without the copycat suicide, though, or otherwise you wouldn’t have the pleasure of reading all this). So yeah, it was a time when I tried to keep myself busy and distract myself from the bad things, when I tried to stop my intestines from writhing and my heart from hurting. [It was also the time I applied for a job at the theatre, so something good came out of it after all, yay!] Anyway, one of the ways to deal with how I felt and how I couldn’t stand to be who I was back then and how I tried to punish my body for what was going on in my heart, mind, and spirit, was the above result. It is a symbiosis of Arcade Fire’s My Body is a Cage from the Album Neon Bible (2007) – one of the best songs out there –

and the cover of Fritz Zorn’s Mars, a scandalous book with huge success in Germany during the late 70s and 80s; a ruthless account with the well-off bourgeois Swiss society and its responsibility for the narrator’s deadly cancer. Fun stuff, yay! No, but seriously: that is one of the most intense things I’ve ever read. Every sentence is so strong, so violent, so powerful.

Whatever exists is inevitably flawed.

And so I channelled my black dog via two different media into a third one. It’s still up on my wall and reminds me whenever I struggle, that things can indeed get better even if it might not feel like they possibly could.

The bird symbol continued to play an important part in my life for various reasons, Fritz Zorn and his influence being just one of them. But that is a different story to tell. Until then, take care out there!

Yours The Intellectual Chaos.