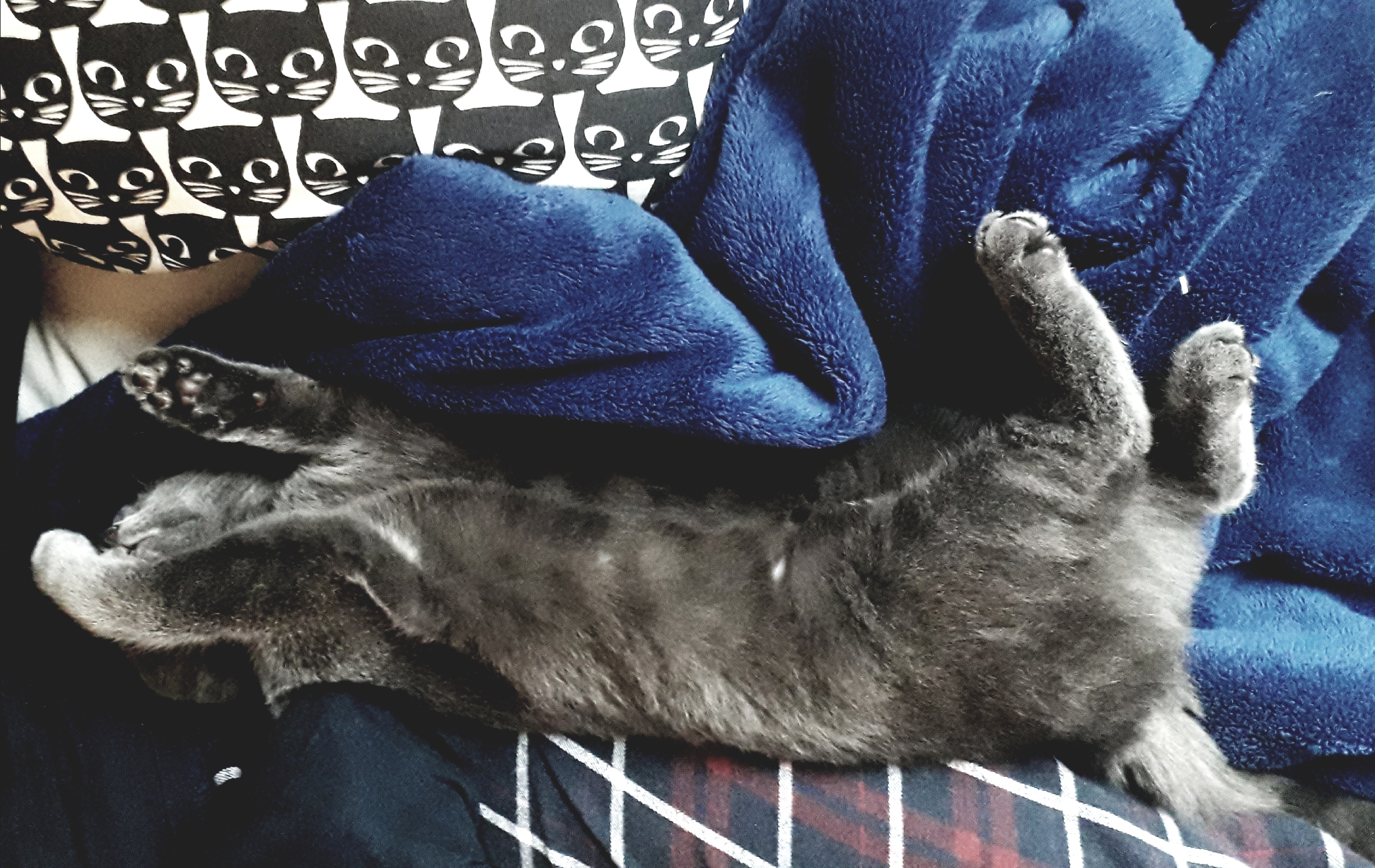 A complaint due to recent events

I can‘t properly sleep at night – no news under the sun here. Anybody who has shared a bed with me knows I constantly wake up, move around, do full-body cat yoga (actual footage of me sleeping^^) lie awake, wake up too early. Unless they have the wonderful gift of solid, safe and sound sleep and don‘t even notice.

Normally, this is how it goes from there:

Energizer bunny gets up, starts her day and keeps on being busy as a beaver until nighttime, usually between midnight and 1am, when she dares to go to bed hoping for Morpheus to embrace her. Lol. As if. I think that ship has sailed for good. But again: I know the drill. I know there is the occasional (maybe like once a month) long night’s sleep where I go to bed at 10pm and sleep till 6 or even 7am. But apart from that my normal sleeping time settles between 5-6 hour, various awake phases included. And don‘t you come and suggest something like developping a go-to-bed ritual. Believe me, I tried them all. There are some little helpers, so here are my top three Einschlafhilfen (love that word) aka my audio friends to help me fall asleep:

If I go to sleep to early, I will wake up at 4am. Like now, for example. People at work are then very happy because usually that leads to early morning baking sessions. Hold on. It just hit me. I am a born baker! I am an early morning person and I like baking. I could prepare your croissants right now and have all my buns and German bread variety and Brezels ready for you when you are. (In order to QED my talent, here are some tried and tested recipes). Did I tell you how sometimes, in the morning, the irresistible smell of croissants from the bakery downstairs caresses the nose and bewitches the senses? Ever since that happened on the first morning after I moved in here where I didn‘t have any cash at hand (and Germany is very reluctant to accept anything but cash), I have put aside an emergency croissant stash. Cafe Schmidt does make good and very buttery croissants, I must say. French pastry love ?❤️!! Even Spanish novelists know to appreciate them:

Alright, breakfast temptations settled and crumbled, back to topic. Now that we‘ve established my normal sleeping pattern, here‘s what happened lately. It started on Christmas Eve, after my very professionally Instagrammed Silesian Christmas Dinner Cooking: (saved under Highlight, CHRISTMAS DINNER if you hit that Insta icon in the corner). I honestly did not expect so much positive feedback. Or any feedback at all. But people seem to enjoy it. I‘m a natural talent, who knew?! I should be one of those YouTube Channel girls. Give make up tutorials. Lol. Anyway, it was nice to get such reactions 🙂

Right after I was done eating, I napped for a solid hour. And solid it was. I almost didn‘t master to get up and head over to Micha‘s. Christmas Day continued to be nap day. As usual, I woke up shortly after 6am and went about my day but had two very long naps during the day. Same on the 26th, although one of those naps started out as a pretend one to escape an uncomfortable social situation and then I just fell asleep for real. Okay, that one could have also been related to the fact I donated blood that morning. But still: pretty unusual for La Loverman. In the evening, I had plans to meet up with Jojo, and when he cancelled, I happily dozed off on my couch with the wonderful knowledge there was no reason to leave it any time soon. Well, you might say, it was Christmas. The famous Neverwhere and Neverwhen zone of the year, where time has its own laws and the Feiertage mess up with your daily routine. It didn‘t stop there, however. Ever since, I need my daily nap. No, wrong. Sleep befalls me just like that. I‘m the narcoleptic Argentinian in Buz Luhrman‘s Moulin Rouge, but in pretty. I am just so overwhelmingly tired all the time. My arms and legs are filled with lead, and don‘t even get me started on my eyelids. I am so, so tired. All the time. Don‘t get me wrong. My mind still goes Speedy Gonzales and I‘m as restless as ever. But at the same time, I feel an exhaustion I‘ve hardly ever felt. My concentration span went down the drain, which is not ideal when you need to work and study and and write and figure out your future and generally get your shit together and instead, you barely manage to wrap yourself in a blanket and instantly fall asleep on the couch and then struggle to get up again. I know this is a common symptom when dealing with mental health issues and the last weeks have been an extra-emotional rollercoaster but since I‘ve ever only had the panic attacks, the restlessness, the overthinking, the being-stabbed-in-the-stomach pain, the malnourishment (in both directions) and the exercise compensation, I‘m new to the whole sleep exhaustion. Maybe it means I‘m processing? Recovering even, maybe? Oh, that would be wonderful. Some very pressing issues have been resolved within the last days of the year (yet at the same time, new ones have been created or more precisely, revealed) so I reckon it‘s all taking its toll. However, being simultaneously so very tired and yet so at unease is a dangerous combination because they contradict each other and I have neither the time nor the energy to give in to both but as things are right now, I don‘t have a choice. I must.

My wish for 2020 hereby: lose the overwhelming, heavy tiredness. It weighs me down. Or even better: keep it. But have it come by night so I can finally have a proper, solid good night‘s rest.

Thanks for reading and good night!