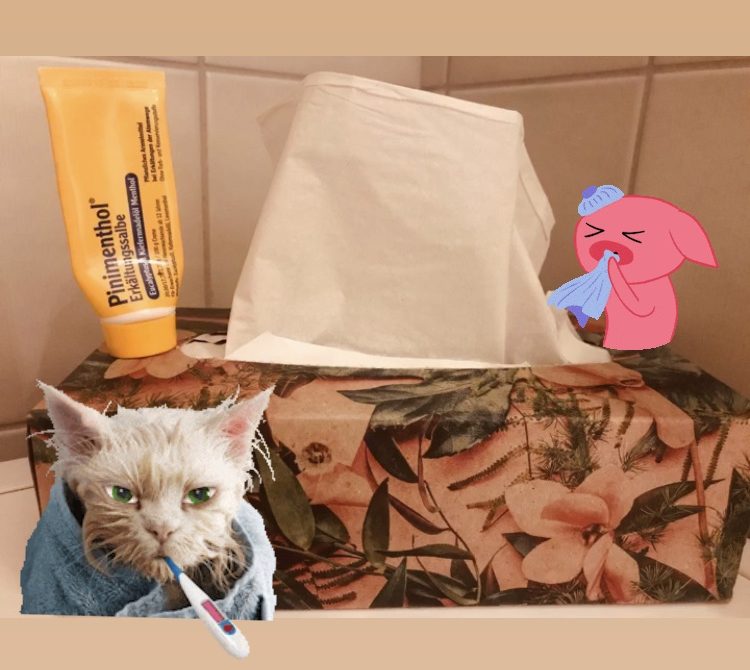 I have a stupid cold and thus I am either enjoying poison ivy green menthol and eucalyptus baths or I am chained to the bed (or rather couch, since I prefer to sit out my illnesses and diseases there) and thus I am incredibly bored. I tried being productive and read some of my academic texts or continue with my philosophy book but I can’t concentrate because my brain is all wibbly wobbly and cotton candy and my throat keeps reminding me of its miserable existence whenever I swallow (not what she said). I couldn’t even continue Marvelous Mrs. Maisel – a show as marvelous as its title – because my mind couldn’t follow. And despite feeling very fatigued, more than dozing off is not on the menu so entertainment for the bored generation sick, represented by me, was needed. Netflix offeredSeason 12 of

They really should have stopped after season 4. From there on, it became boring. Ausgelutscht, as we like to say. QED by season 12. It’s not bad, it’s totally watchable but the admittedly original idea has long ago been used up, I didn’t care the least about where the characters were heading to and it all has lost its drive and pace, the main ingredient for a sitcom. Also, I have a quantum physicist brother, I don’t need to see fictional Sheldons, I have my own, down in Down Under (love you, PJ!). Alas, 24 mediocre episodes later, I was back to square one. Time to check Amazon Prime and oh my, what do I discover in ‘recently added TV shows’?

The day has been saved! And already head-banging to the opening hard rock riffs, I happily clicked on play, ready to reminisce in my favourite teenage TV show, every Wednesday evening, 20.15 Uhr, and having seen each episode at least twice, not to worry about falling asleep. Quick teenage trauma tale: I was also sick back then and had a fever and I begged my parents to allow me to watch Buffy because – the younger among my readers may not know this but back in the day we had to wait for a whole week till the next episode was broadcast and binging was solely reserved for alcoholic excesses or overeating and if you missed an episode, well then, bad luck, suckeeeeerrrrrrr – the preview promised an exceptionally scary monster and I simply HAD to see it. So after begging and begging, my parents finally agreed and it SCARED THE SHIT OUT OF ME. Fuck. Up to date the scariest monsters in the Tv monster hunting history: The Gentlemen.

Brilliant episode but with my high temperature I had not only the worst nightmares, I was alone the next morning and I was terrified they might show up and I carefully scanned my room where I could hide in case I heard a suspicious noise. And we lived in an old house. There’s nothing but suspicious noises. The horror. The sheer horror.

Buffy has been successfully clicked on (and that took a while because my ex and I are very adult and he still gets to use my Netflix whereas I get to use his Amazon Prime but we haven’t spoken in a while so I haven’t logged in into his account on my iPad because I didn’t want the first words between us to be “what’s your password again?” so I’m watching on my old laptop and I keep forgetting it doesn’t have a touchscreen) and the famous loading wheel is turning aaaaand suddenly I’m greeted with a “Komm her, du Pappnase” and realize, it’s in German and there’s no OV available! Come on, Amazon Prime, wtf! Yes, I watched German Buffy back then but that was because I didn’t have a choice. Synchro is in most cases cringeworthy, especially with that kind of show. Exceptions are: the Disney classics, House of Cards (Kevin Spacey’s Synchronsprecher has the most mesmerizing voice), The Simpsons. Kudos to whoever did those. Well, being sick and thus annoyed per se, that is an absolute No-Go so I went from strong female lead chasing monsters to hot guys chasing monsters instead:

Ah, the Winchester brothers. Sammy and Dean. Saving people, hunting things, the family business. A guilty pleasure? Maybe. But. Whatever you may think about the quality of that show, it is much more than what it appears to be. The first season is straight up what you expect. Two trained tough dudes hunting monsters with an overshadowing story arch affecting both brothers. Absolute and shameless guilty pleasure. Stereotypes get established, cliches fulfilled, and it has all the ingredients a shallow, suitable for mass consumption TV production needs. And then, for unknown reasons, they did the right thing and decided not to take themselves serious. And hilarity ensued. From Season 2 onwards, Supernatural has become a Persiflage of itself, of the genre, of everything it established within the first season. The main structure has remained the same: big Winchester-related story arch, new monster every single episode. But there are running gags:

Basic gist: Dean is tough, eats and drinks, chick magnet, but really has a soft spot. Sam is more of a sissy, always hides secrets from his brother, his hair gets longer and longer every season, nickname Moose. Both frequently die, are Antichrists or demons or something like that, yet they will always carry on driving in Dean’s Impala and continue hunting down monsters. OSTed by classic rock tunes. The plot becomes more and more absurd but by the time you realize you don’t care because you care so much about these two and the things the writers might put them through this time. You can sometimes read in the actors‘ faces how annoyed they are by what their characters have to suffer. It’s pure sarcasm. And so meta. Hardly any other show plays so much with its levels of narratation. The most meta episodes from Season 1-10 (because I haven’t watched any further yet but we’re getting there, thanks, friggin’ cold), in no particular order, or well, yes, chronologically, but not ranked by personal preference:

So yes, anytime Supernatural becomes more and more absurd and ridiculous and you start to get bored, (it really went down after Season 5 and I almost stopped watching. I’m glad I didn’t. Hang in there, it’s worth it, I promise!) it hits you with one of those top notch prime entertainment episodes.

Not to forget this show created and introduced two of the best side characters there have ever been: first, we have the angel Castiel. Thanks to the actor behind him, Misha Collins, the genius behind GISH, formerly know as G.I.S.H.W.H.E.S., I started watching Supernatural in the first place and learned to be my abnosomest self. #deathtonormalcy

Castiel is as socially awkward as I feel most of the time and you gotta love every single scene where he hilariously (hello there Fremdschämen) fails being human and as well as the undeniable hate-love-relationship between him and Dean. Also, Assbutt is without further debate the best insult out there and according to Urban Dictionary “An exclamation used to distract Angels just before you throw a Molotov at them.”

Then we have on the other side: Crowley. And has there ever been a show where we didn’t adore Crowley? Doctor, any opinion on that?

It’s gotta be a Good Omen if there’s a Crowley on the show. This one’s played by no other than Mark Sheppard and couldn’t you just listen to his accent and voice forever? The mean demon soon becomes a Dean man aka an unwilling sidekick for the Winchesters and even as King of Hell, he remains as platonically involved as Castiel, and we, the audience, get to enjoy a very classy, gentlemanly villain with style and taste.

And here we are now, almost finished with Season 10, an empty package of Dolodobendan next to me, and the smell of Pinimenthol rubbed all over my chest, and a little less bored me, and a hopefully slightly entertained you.