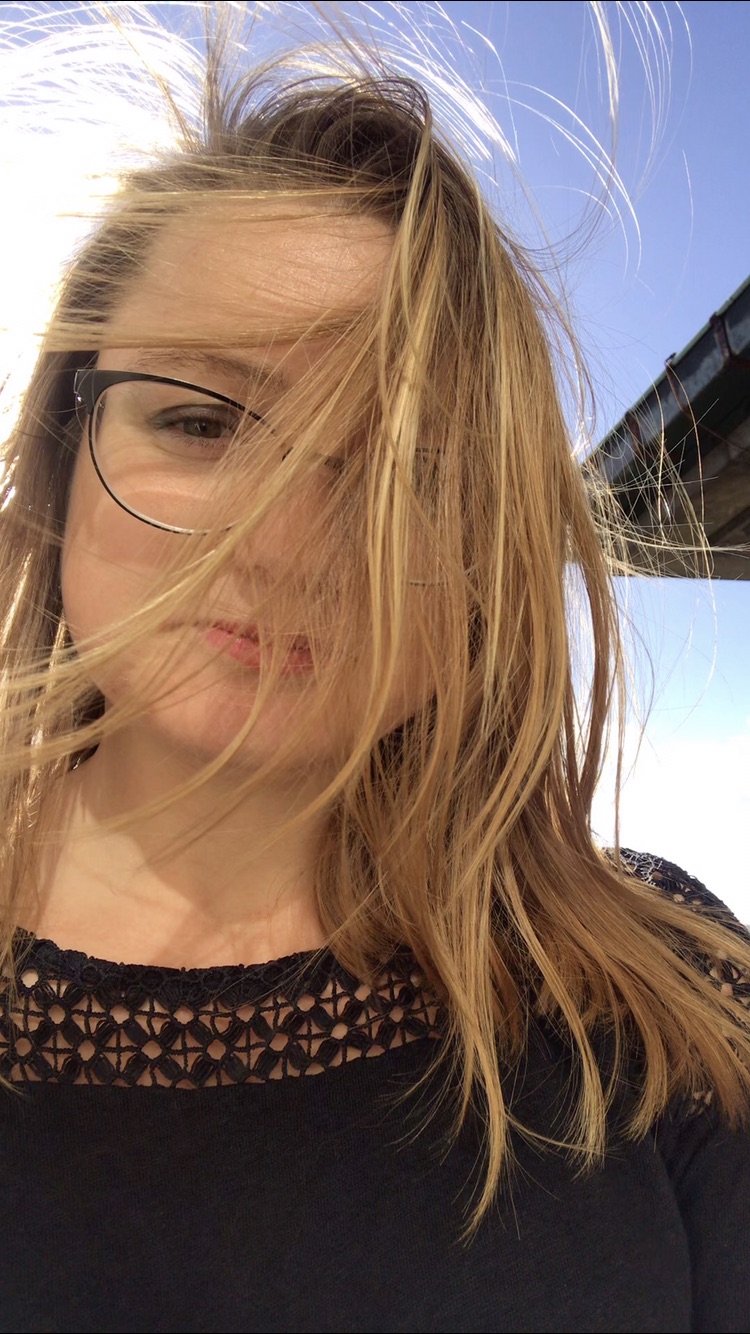 Said the very brave and rhetorically very well-educated Winston Churchill. Or at least it’s a widely accepted fact that he said so. Doesn’t matter if he did, the words remain true and he certainly had the history to know what he was talking about. So let’s just assume he did so I can assign it to someone #Quellenangabe. Ladies and gentlemen –

My personal hell and just so you get an idea of what is happening when someone goes there – maybe you have a partner, a relative, a friend or a colleague going through something similar, too – and what you can do to support them. Maybe. Everyone’s different after all. So, here I am, spiralling down and not in an Alice-in-Wonderland happy trip fashion but down into the abyss of me where there is nothing but a suppressing blackness, a void, an overwhelming nothingness. Sow Ay knows what I‘m talking about. He has an incredible talent to capture the worst and most distinct aspects of mental illness(es) in cartoons and he brought me over the edge so many times because I could relate to someone with something that is impossible to put into words (and yet here I am, trying, lol). Check out his stuff.

Where was I? Oh yes, spiralling down. I got a text this morning, saying „if you’re spiraling (spelled with one l only because American and I’ve read somewhere that is because newspaper used to have to pay their journalists by letter so every letter saved was a penny saved. Or rather, cent, saved. Don’t know if that‘s true or merely a myth but I like the idea of such capitalism. It would be even cooler if they charged for CAPITAL letters for capitalist reasons. Hehe. And yes, you, exactly you there, yes, one can be absolutely devastatingly depressed and still make stupid jokes. NEVER assume someone’s happy because they laugh a lot and banter around. Never. Not so long ago, my friend‘s mum told me she loved my laugh and that it sounded like a laugh that wants to be heard and heard often. And now I sit here and it breaks my heart because yes, it wants to be heard and I love laughing but it gets harder every day and I really really don’t want it to fade.) it can be stopped“ and I indeed laughed at that because it is such a sweet thing to say but for the last 18 hours I’ve been trying to come up with a convincing way to reply “no“. I appreciated that text though (I know he never reads my blog so I feel comfortable writing this). The thing is, I experience all of this kinda from a double perspective. There’s me, feeling all the feelings. And then there’s me kinda watching myself, analyzing my behaviour. Scheler and his philosophical anthropology would be proud of what a prime example of a human being I am. Self-reflected, objective, and observing myself with a contemplative eye and from an almost neutral distance. An ability that makes us special from all other living beings, Scheler says. Another human specialty according to Scheler is that we can say no. We can exit out. Of anything. Of life. And isn’t that, well first of all true, because apart from yeast that kills itself off to produce delicious alcoholic beverages, we are the only ones with the will-power to end our lives on purpose, and isn’t this scary and at the same time very reassuring? To know the way out has genetically or whatever, been planted in our system, just in case? The human ejection seat and I guess in my metaphor that means the divine existence takes the role of our souls’ parachute….

Unfortunately, my role as an outstanding inspector and hobby psychologist that knows exactly what to do hasn’t got any influence on the other me experiencing all of this. The main problem is that little word, that verb, mostly used as an auxiliary but here in its full semantical purpose. To do. German tun. We even named our verbs after it. Tun-Wörter. So here is a lesson: the widespread assumption about depression that you don’t have the strength to do (there they are again, those nasty two letters) anything and just stay in bed is wrong. Yes, it can happen. Yes, it has happened to me. And for some, that is how their depression takes action – by taking the action from them. But everyone is different (see above). I am a very active, a very energetic person. Energizer Bunny they call me. Squirrel on speed. I do get up. I get ready. I go for a run. And boy, do I need those runs. You have no idea. How often have I woken up way too early, waiting for it to be day enough that it is finally socially acceptable and a decent time to go running? Too often. I‘m always on edge, always ready to go, always stressed and under tension. I do a lot of things. Like, my schedule is packed. So how could it even be a thing that I have problems mobilizing my motivation, my power, my energy, myself when I clearly do A LOT when I’m depressed? Because I re-shift all of the above mentioned attributes. Because I know I need to have an excuse, I need to be busy otherwise to be able to defend myself against myself why I haven’t done this or that yet. Why it’s been two months and I haven’t sent out a single application yet. And everybody keeps asking and asking and asking and telling my how they’re not the least worried and convinced I’ll be doing something amazing and I know they mean well but y’all be very disappointed because I don’t believe it. I can‘t even get started because to get started you need to have a vision and I used to have so many and since some point last week or the week before they’re all gone and there is nothing but this infinite vastness and nothing beyond it. There always were ideas, dreams (unlikely and unrealistic as they may have been). They were there, and now it’s all gone and gone for good it seems. There’s nothing but a big pile of well, nothing.

So this is how it goes:

Often, there’s some sort of trigger. And that can be anything. This time – don’t laugh at me because it’s fucking ridiculous – it was a WhatsApp group chat about a reality TV dating show. (Quick side note: I’m not good with group chats. They make me very anxious. In my second-to-last panic attack I quit all my groups, was labelled a drama-queen by the previously mentioned guy who doesn’t read my blog so I feel comfortable saying this, too, and by the same guy invited to join this new fancy group chat. And I felt ready and allowed him to proceed. And it went well. Until it didn’t. From one moment to the next every single text intimidated me and sped ud up my heartbeat and not in a good way but in the bad panicky way and for the next couple of days I read every single message sent by the other group members (and we’re talking HUNDREDS here, at least) and I had funny comments to make and thoughts to share, some definitely genius and hilarious, some more of eye-rolling or face-palming quality but mentionable nonetheless and I couldn’t. I just couldn’t and every single new notification felt like someone punched me in the stomach because after all this time I wasn’t even able to do this?? After months of consulting I couldn’t even handle a stupid WhatsApp group about a trashy Netflix show? And that’s where I realized there is no point. Maybe if I had started earlier. Maybe. But as things are now, I’m nothing but a massive failure and I have 863+ texts to prove it. And it’s too late. It feels like the only reason I quit my job was to make sure they’re making sure someone will be there to take over so I don’t feel like betraying and abandoning Anne, my orchestra, FB. And now I can be assured: once I’m gone they’ll all be okay (even though now they say they’ll miss me). They’ll get on and are probably better off without me anyway. And that’s good. I want them to.

Bojack Horseman once said (and I love this show):

And you stand corrected, Bojack. Because one day, you’re gonna look around and you’re gonna realize that everybody likes you… but nobody loves you. And THAT really is the loneliest feeling in the world.

Why am I telling you all of this? I don’t know. I think it is because I am sick of crying all night, and during the day whenever I am alone. I’m sick of not being able to sleep properly. I am not sick of listening to all Mahler symphonies over and over again because I’ll never be sick of Mahler but I don’t think it’s the healthiest music to listen to lol. I think the reason I’m telling you, oh wonderful anonymous internet mob, is because there are people I really want to tell all this and much more but I can’t and it’s the same stupid I can’t, the anti-do I was talking about, that keeps you from doing. And somehow the safety barrier of a keyboard and a screen gives me the necessary confidence (is it confidence? Or the opposite because towards a non-perceptible audience I feel freer to talk and don’t need confidence? I’m not sure) to talk about it. Write about it. All I really wanna do though is call J or call M, have one of them come here and be able to just be weak and sad and lie in their arms and tell them that I am afraid of this void and cry and I know they offered and meant it and I know so many others offered and meant it, too, and therefore I don’t only feel like a failure but like betraying friendships and letting them down and then I wonder why anybody would even benefit from having me as a friend and I honestly can’t think of a single reason.

So my advice to you is this: don’t be mad if people pull back. Don’t be mad if they retreat into their (emotional) bunker and ghost you. The worse it gets the more difficult it becomes to stay in contact with the people they hold closest and the easier it is to chat with anybody else. Believe me, you sending out those reassuring messages help. And make it worse. Because they evoke guilt. But overall they help a little. And a little can mean everything.