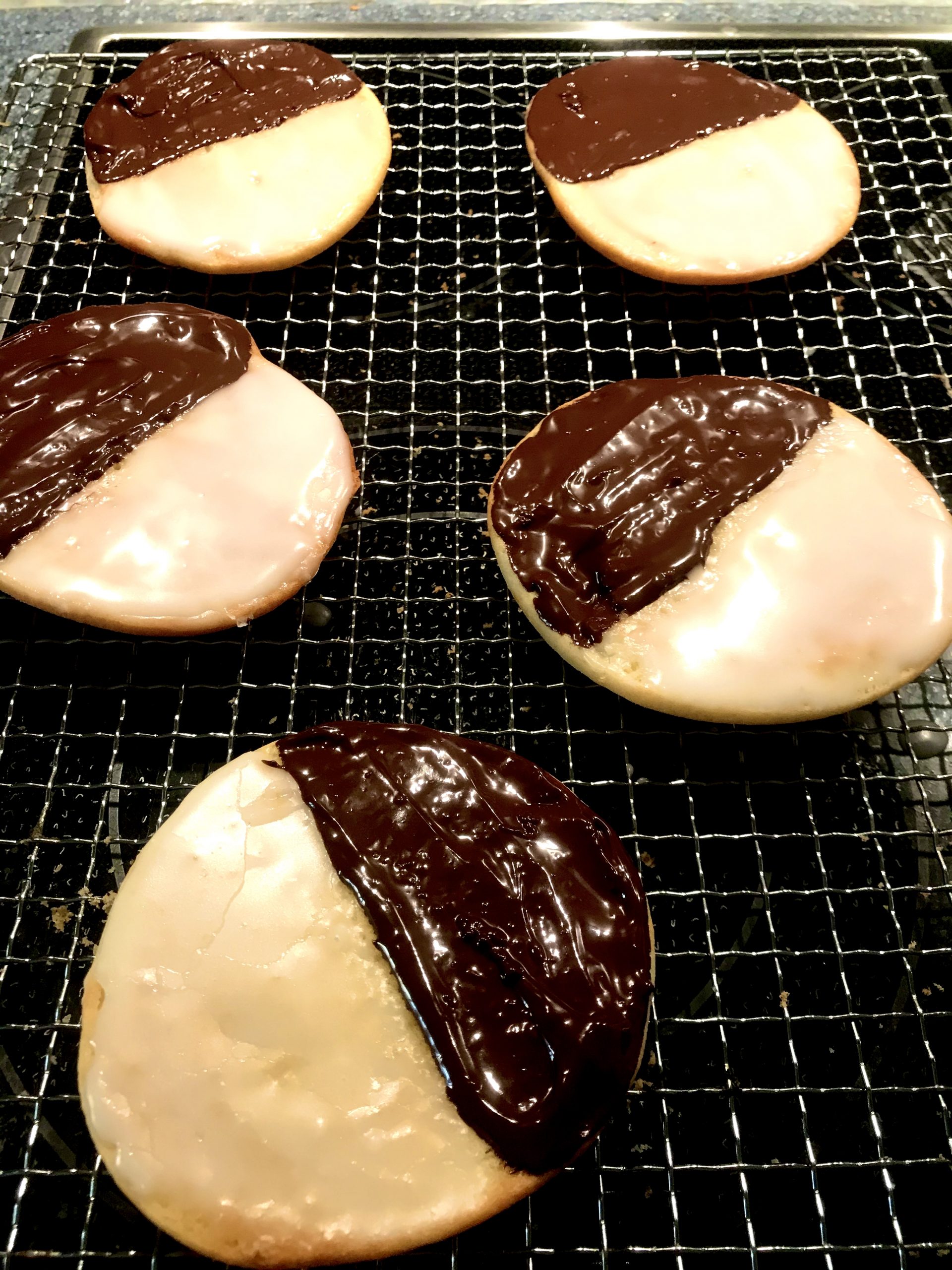 Despite my great proclamations of being unproductive – and I really am with anything related to actually getting my shit together, I promise – it seems lockdown finally unleashed the baker cat inside of me and whilst I’m not gonna join the sourdough society, I am doing my fair share of baking and I am willing to share the better results and best recipes with you. As always, feel free to adjust (which would be very me, so I can only encourage you to do that) and as always, each and every delicacy comes with a story. I‘ve read somewhere that people write such long introductions to make it more difficult to steal their recipes. Well, you may steal mine, I don‘t care, I‘m here to share, and I write my intros less for security reasons but for my personal need for speech, unleashing the poet within (she lives right across the street from previously mentioned baker cat, btw, and they get along just fine) and of course, hopefully, and upmost for your entertainment. So Allons-y, vamonos, let’s head to the kitchen and travel back to a sweet treat from my childhood, a national treasure even, if you believe in telling names. Abroad, they are known as Harlequins, Half Moons, or Black-and-White-Cookies (narrator looking sternly to the audience breaking the fourth wall saying: “they’re not cookies“), here we’ve got to known and grown to love them as Amerikaner. So I thought since I cannot hang out with my real-life Americans, imma bake myself some. Others bake their knight in shining armour (sich seinen Traumprinzen backen, not sure if this is an international saying though, also, why do we have a prince and you lot have the knights? Much rather have a knight. Less royal duties, more travelling so I either get to see the world or can keep my independence and enjoy some alone time when he’s off slaying some dragons and saving some princesses (no funny business, knight of my heart, you hear me?!?) although my latest Skyrim adventures clearly proved I am a Dragonborn so fuck that, I’ll be my own cat warrior knight!!)), I bake new friends. Which (who?) tasted amazing and were gone soon enough. When we were kids, we always got to choose if we wanted an Amerikaner or a Berliner for coffee. Not that we liked coffee back then, nasty drink that was – Oh, what foolery! Alas, to be as innocent as a child again! No(w), I love my coffee. One of the things worth growing up for. Anyway, Berliner are a some sort of sweet dumpling,  fried and filled with jam, and have as many different names as buns, rolls, cobs, whatever have in English. Don’t order a Berliner in Berlin, that’ll lead to a lot of confusion. There you order Pfannkuchen, which down here in the south are (German) pancakes – sort of the lovechild (or probably rather the bastard) of crêpes and American Pancakes -, elsewhere they’re called Krapfen which is not to be meddled up with Karpfen, because that’s fish and nothing you wanna have coated in sugar and filled with jam. Ew. Amerikaner on the other hand are called Amerikaner in most of Germany. Apparently, as I learned during a thorough and intense research, that name was a no-go in the GDR (surprisingly), so they referred to them as Ammonplätzchen, where Plätzchen equals cookies and Ammon is short for Ammoniumhydrogencarbonat, some specific baking soda used in the original recipe. Wikipedia says, the name „Amerikaner“ either derives from said tongue twisting soda, too, or from the typical WWI Brodie helmet because it resembles its shape. It is also starring in a Seinfeld episode as a metaphor for racial harmony so I say let’s shoot for the stars, and bake for equality and against racism!!

lots of patriotism, 50g soft butter, a Star Spangled Banner, 40g white sugar, 1/2 package of vanilla sugar, a pinch of salt, 1 egg, 125g plain flour (I usually like to use spelt (yes, JCC) but I am convinced that this one calls for wheat flour, yeah, you heard me, the white powdery devil in the eyes of all Matchabowleaters and Soymilkdrinkers, you know whom I‘m talking about), 1/2 tbsp of starch, 1/2 package of baking soda (or, I guess, AmmonDsgheiargpyirutdvmdnWhatever) and 40ml of full fat milk. Which all goes into a bowl and gets whisked up until smooth and gooey. The texture should be less liquid than for example pancake batter but still batter-y (sorry, couldn’t resist) and not dough, though (couldn’t resist that one either). If you follow the recipe measure for measure (don‘t be Julia), it should be perfect. Also, which I forgot, have the oven preheated at 180° Celsius. Also, always read the whole recipe from beginning to end first in order to avoid mishaps like that. Isn’t that what all the teachers told you in school? Read everything first and then start working on the assignment. Blaaaaaa. Who has time for that? I sure don’t! Anyway, with the preheated oven and our batter ready, we take a baking tin, put some parchment paper on it – pro tip: if you put a dash of water in each corner on the baking tin, the paper will stick to it. Parchment paper has a tendency to try and fly and flatter around. You’re welcome. Now, the well-equipped kitchen probably has a piping bag buried under other hardly ever used stuff in a kitchen cabinet drawer somewhere. Go search for it. The less well-equipped kitchen-owner does not need to despair – all it takes is a little plastic bag, like a ziplock bag but without ziplock. Simply put it over a measuring cup and fill the batter into it. Pull up the sides and tie it up with a rubber band. Pull the filled bag out of the measuring cup, tilt it and cut off one of the bottom corners – et voilà, there is your improvised piping bag!

and then bake for 13-15 minutes until golden.

Let them cool on a rack turned over and prepare the icing in the meantime. The traditional Amerikaner is covered half in icing sugar, half in chocolate. Which is how I did it. However, the sugar icing is compulsory and from there you may go anywhere – your imagination is the limit! Especially for or with kids, decorating with gummy bears or Smarties and such is gonna be great fun. If you wanna stick to the basics, you’ll need approximately 150g of icing sugar and 2-3 tbsp lemon juice whisked up. It’s important that the mixture is thick and white before spreading it on one half of each Amerikaner (or all of it if you wanna decorate or have an all-white supremacy). For the black half, take a pan, fill it halfway with water, put a metal bowl in and melt baking chocolate in it and spread it thickly and smoothly. Ideally, you have a brush for that but I’m from the bad-equipped kitchen squad so I used the convex bottom part of a teaspoon and the result leaves no ground for complaint – I definitely have said it in an earlier post: when it comes to cooking and baking, I improvise like a Jazz musician. So let our impro session cool down and dry, and then best eat them the same day or otherwise store them in ziplock bags (with zip this time) in the fridge and they‘ll still be soft and delicious the next day. And that‘s that.